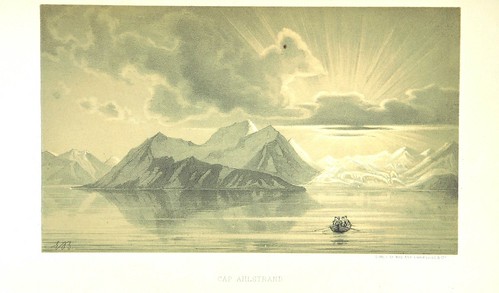 //embedr.flickr.com/assets/client-code.js
It has been a long old struggle but this post covers the current issue of Update and the last of my backlog. The plan is not to let it get out of hand – there is no doubt that a current issue of Update is more interesting than one a year plus old.  While not always the most thrilling of publications I have continued to find the odd thing I have not heard about elsewhere and some really helpful brief articles on a wide variety of topics.

The October issue has a timely article on privacy and the Library user. My catch up reading meant I read another article by the same author (Paul Pedley) only the other day.  There is a handy list of potential paths to take to work with users around privacy issues.

I have already spoken to colleagues about the article by Wendy Morris on the Big Read at Kingston University. We are currently engaged on a mass reading project and there are valuable ideas here on how to build on the possibilities this offers.

South London colleague Sian Aynsley updates on the KfH Learning Zone. I heard a verbal update on this at #NHSHE2016 so this is more a reconfirmation of details of this helpful resource.

Finally in this issue I enjoyed reading about the experience of Sue Willis on the Libraries Taskforce. It is fascinating to have a glimpse at this task of influencing within government. The importance of adjusting communication styles to suit audience was an obvious take away.

I had already seen the Design Thinking for Libraries toolkit but this is well worth a look if you are interested in user experience and design thinking. There is a free book with all sorts of tips and ideas on how to learn more about users. I will probably read this again ahead of a project I am managing to use external consultants to help with this at work.

Finally there is an article explaining obligatory revalidation – sadly it didn’t make the case strongly enough to get it past the members!

The #NHSHE2016 conference was more than just a poster competition and a chance to catch up with good colleagues.

There was the usual full programme of talks. It was useful to hear about some of the new structures in the NHS around STPs (Sustainability & Transformation Plans AKA Sticky Toffee Pudding AKA Secret Tory Plans) with Local Workforce Action Boards (LWABs) a new one on me and seemingly a useful place to seek involvement.  Within the developing STP picture there is less emphasis on organisational boundaries.  A big drive for a digital ready workforce should also have implications for us – support for effective working in an online environment is something we could plug into.

Louise Goswami gave a good run through on KfH progress.  The patient and public area was the newest on me and it was good to get a view of the breadth of work in this area. The patient and public is not a natural match for HE based libraries – it was good to see ideas for how we can support the Trust in their work with these groups rather than perhaps taking a direct patient facing role.

Sue Lacey-Bryant gave a great talk on efforts to advance “mobilising evidence and organisational knowledge” AKA Knowledge Management. There are concrete tools and training coming that can help us make this a reality which is great as I have long maintained an interest without advancing very far (see this since abandoned 2008 blog where I read Learning to Fly). There will be a campaign  #amilliondecisions advocacy championing expertise of librarians and knowledge in mobilising evidence.

I was really pleased to participate in an innovation presentation session.  I spoke about how I made our annual reports for NHS partners more engaging and useful for all concerned.  The slides are pretty simple in that they consist largely of a lightly edited version of the report.

The style is very much based on that used by the University of York for their action plans.  The talk was well received – both in terms of winning first prize in a public vote but also in terms of people discussing it with me afterwards. I had a similar experience when I shared it with colleagues in my local network so it was great to be able to spread this further.  I plan to follow up in the Spring to see if any NHS colleagues have gone with it following the talk.

I always enjoy preparing a poster for the #NHSHE2016 Conference organised by London Health Libraries (now with added KSS).  There are always good prizes and the chance to create something to make the office look less dull while sharing a piece of work.  We were tasked with the theme of Knowledge for Healthcare which was pretty straightforward as this encompasses pretty much anything you care to look at professionally these days.

My main direct involvement with KfH has been around metrics.  The presentation I gave at HLG2016 Scarborough brought home to me the need to make the materials we had produced in the Metrics Task and Finish group more accessible.  It was also clear that people were interested if things were put to them clearly. So a poster on Metrics was the obvious outcome.  I went with trying to hammer home the message about the four principles and what they mean in practice. Using MARC as an acrostic had the bonus of chucking in a feeble nerdy library pun.

The poster was well received. While it came only 6th out of 9 in the popular vote this was a step forward on last years metrics poster which was a rare non prizewinner. A few people verbally told me how clear and helpful they had found it. I was really pleased to see a tweet afterwards sharing the poster with a group of other libraries after it had been raised at a network meeting.  I am hoping that people will share with me examples of how they have used the metrics work.

Next steps are to create a version of this post for the KfH blog and move on with the plans to set up a national metrics collection tool.

I have pondered applying for Cilip Fellowship a few times.  The latest provocation was the realisation that under the old revalidation scheme the third round would have made me a Fellow.  I appreciate the new scheme is less of a job than the old one but the discipline of revalidating made me very aware of the range of development I have completed over the years. Generally I have been put off by the slightly minimalist guidance available on the process.  I have also been busy learning about life in HE and completing the AKC (final year of this at present).

A timely event organised by Cilip in London in October helped quell some of my doubts about the process. Hail Fellow well met brought together potential fellowship candidates, those already in process, some Fellows and those involved on the assessment side.  While there were some useful materials available it was predominantly the opportunity to have a conversation with those who understood the nature of the process that made the difference. There are alos a good few people I know on Twitter who are engaged in the process at present so I have a ready made community to discuss things with.

I had mooted starting the process next year to my boss but have ended up plumping for just getting on with it so there will be a bit of Fellowship commentary on here in the coming months.  In the first instance I am all registered, have found a mentor and found a copy of the portfolio book in the work ebook collection (the paper copy is not on the shelf and not issued – tut).  Anyone know where I left my CV?

The shrink wrap crackle of a new edition through the letterbox pushes me to try not to fall further behind again.

Interested in the plans for the new Lambeth Palace Library – I work just around the corner and will hopefully be involved in a building project myself nearby so there will be two Library projects within a few hundred metres over the coming years.

The Library Leadership Reading Group is profiled.  I have dipped in and out of this but frequently find it hard to participate in twitter events in the evenings. I am hoping to participate in the next one on Compelling People which looks useful for me as someone who needs to influence people without some of the usual levers.

Alison Day writes about the creation of the PKSB for health I am a fan of this in that it finally prompted me to complete my PKSB.  Having examples grounded in my predominant practice was a real help. The new online version also made it much easier to work through (and share). The close working between NHS libraries and CILIP has been a real positive for both.

I loved the Reads and rights campaign at Bath Spa – such a brilliant engagement project building on the strengths and values of the library within the institution and society.

Way back to April 2015 next with the announcement of the Knowledge for Healthcare Framework – stunning to think it was less than two years that this was published given all the work and progress subsequently (more on this in another post).

The other main thing to strike my eye was a piece by Paul Pedley on protecting the privacy of users particularly relevant in the light of the passing of the IP bill and a tide of news relating to capture and use of personal data.  There is a lot in the article to check out and some solid pointers for areas that we need to look at as a service.