In celebration of the HLG2018 conference slides having emerged it is time for some reflections. 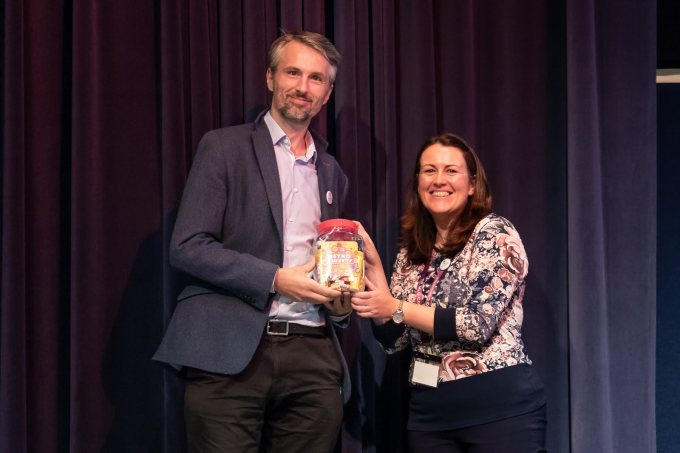 This was my first time at Keele University and it was good to explore somewhere new (though not ideal as a conference venue since having found it on the map I then joined the general head scratching about how to get there).  I spent an unhappy hour on the bus from Stoke on Trent and was very fortunate to find a cab to share to get away again at the end.  The campus itself was green and pleasant all be it largely shut down for the summer.

I arrived a day ahead for the HILJ editorial advisory board (EAB).  We had a very productive discussion on the peer review set up for the journal.  Changes should make the peer review reports both easier to complete and more useful for the editorial team.  I was very aware that I do little reviewing and have since made a point of completing one for the journal with the aim to do more in future.  I also continued to flag my idea of driving ownership of the journal amongst HLG members by encouraging a quarterly CPD discussion group (more on this another time or see CILIP SocialLink stream under HLG!).  My involvement in the EAB is great for gaining an insight into the academic processes around journal publication. Do publish in HILJ folks!

A theme for the conference was wellbeing and as part of this I had volunteered to lead a run on the first morning.  I had an initial scout around and got totally lost and we then had a very successful #libraruns effort the next morning (where I lost most of the runners). A good time was had by most (if you run and use strava then join the libraruns club).

The conference started with an update from Nick Poole offering general news of things CILIP.  I get the impression Health remains one of the stronger parts of the membership.  We then heard from Dr Mark Murphy who got us thinking about grey areas in evidence and various lens through which we should consider Evidence Based Medicine.

I attended a session of a Knowledge for Healthcare related working group looking at stats for the NHS LKS.  I may have ended up going off at the deep end about metrics and do feel that the group have been given a brief somewhat too close to the one the metrics group already covered.

I was very taken with a presentation I did not attend (the wonders of twitter to be in more places at once) on a QI bookcase and linked up subsequently with the speaker to learn more.

Good fortune meant I chaired the session where Stevie Russell updated on the work of African Hospital Libraries I am very interested in the work of this charity and have managed to make some headway with making it an area of concern for my own service.  The other talk in the session was on a developing tool for providing Current Awareness Services to biomedical scientists using machine learning.  There was definitely something interesting there but it felt like something of a work in progress and one where librarians experience around delivering CAS could be very helpful.

My favourite talk of the conference was by Kate Misso on reducing waste in systematic review work through the input of librarians to the search process. It was shocking to realise the poor quality of much of the searching under pinning systematic reviews with implications for the findings and reproducibility.  My least favourite was probably laughing yoga which I attended reluctantly as I wanted to hear the Biship and Le Fanu lecture on Evidence Aid that followed it.

For my own part I brought a poster on work I carried out around creating a simple title scheme to support guideline retrieval.

I always enjoy HLG conferences and 2018 was no exception (see my triumph in the raffle at the top of the post!).  It remains a key opportunity to catch up with colleagues and get a feel for what is happening around the place.